Dr. Lawson has been the Executive Director of AL EPSCoR since 2010.  He is also a Professor of Physics at the University of Alabama at Birmingham, with a research specialty in optical sensing and nonlinear optics.  Dr. Lawson has published over 70 journal articles and 10 books or book chapters in these areas. Ms. Nix is a graduate of the University of Alabama and has been a member of the Alabama EPSCoR staff since 2006.  She currently serves as the Program Administrator for Alabama EPSCoR. 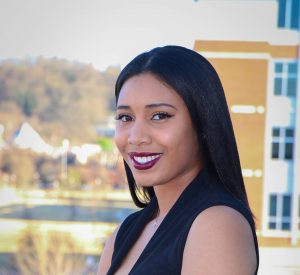 Ms. Perryman  graduated from the University of Alabama at Birmingham in 2017 with her degree in Marketing Management and plans to return for her MBA.  As of October 2017, she diligently serves as the Program Coordinator II for Alabama EPSCoR.

This site uses Akismet to reduce spam. Learn how your comment data is processed.